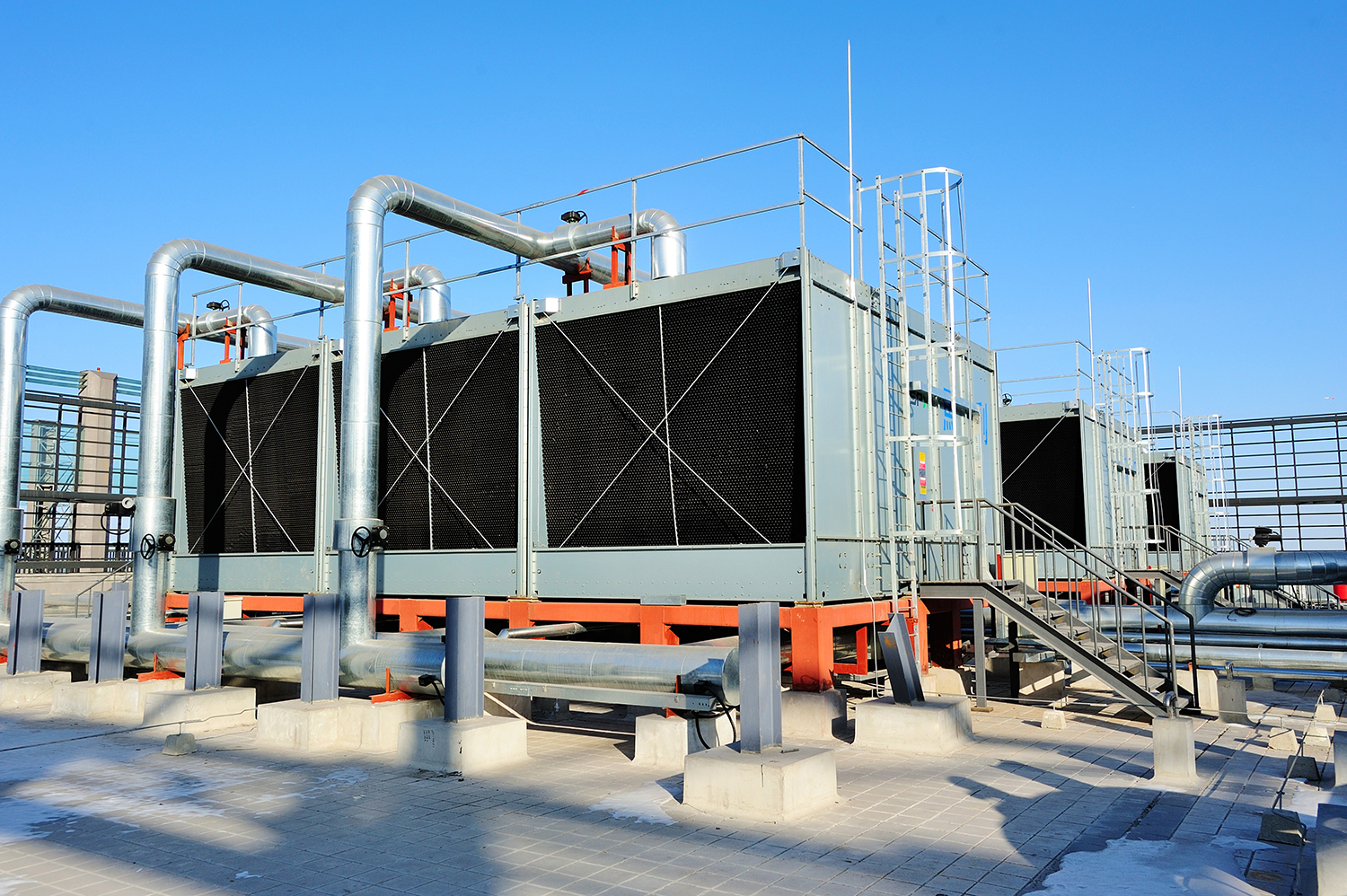 The invention of cooling towers has made HVAC systems as a whole safer, more efficient, and more environmentally friendly. Because towers essentially exchange heat between the system and its external environment, system temperatures remain low, and there are far fewer risks of overheating or system failure.

Like any system component, the functioning of a cooling tower depends on the proper installation and maintenance throughout its lifespan. Neglecting to care for a tower carries potential dangers to not only the system itself but also to those people around it.

When thinking about the ideal environment for bacteria growth, it’s common knowledge that water or moisture must be present. Cooling towers contain a lot of water, making them the perfect place for bacteria to take up shop and grow. This combined with the exchange of heat in the tower makes it easy for the bacteria to grow as well. While there are countless types of bacteria, there is one that tends to pose the biggest threat to safety is legionella.

As one of the most dangerous bacteria to grow in cooling towers, legionella love heat. If the bacteria makes its way into water droplets within a tower, it can be breathed in by people in the area. What makes this so dangerous is that this specific bacteria can cause illnesses such as Pontiac fever and Legionnaires disease. The second is an extremely serious infection of the lungs, which can be deadly for some.

Preventing bacteria from growing to unsafe levels within a cooling tower means that certain precautions must be taken during installation and throughout the tower’s lifespan. The first way to fight off bacteria growth is by eliminating as much drift as possible.

When in use, cooling towers send water into the environment as it evaporates during the cooling process and turns into vapor. Because this water gets sent away via evaporation, it is not harmful to the environment or humans in the area. However, water sometimes leaves cooling towers in droplet form as well. This process is referred to as “drift,” and poses a potential threat. Water in droplet form can carry chemicals, minerals, and bacteria with it into the external environment.

It makes sense then that reducing the amount of drift in a cooling tower will also reduce the risk of spreading dangerous bacteria. Drift eliminators work to do just that. These system additions prevent droplets from leaving the cooling tower. It captures and re-circulates them back into the tower to either end up as unharmful vapor or be sent back through the process in a constant cycle.

Nutrients within a cooling tower feed bacteria and encourage growth. These nutrients can enter the system via water, from the air which is scrubbed, or even from chemical treatments protecting it against scaling and corrosion. While preventing corrosion is crucial for system lifespan, it is equally important to implement treatments that prevent bacteria growth, like legionella.

One of the best ways to control bacteria growth (and aid in corrosion control) is by using biocides. As bacteria grows, it often generates acid and slowly destroys the metal parts of a cooling tower. That, combined with the harm it can cause humans, are reason enough to use a biocide treatment. Some of the most common biocides used in cooling towers are:

Sodium Hypochlorite:  This is an economical solution, but its effectiveness depends on a cooling tower’s pH levels.

Chlorine Gas: When chlorine gas reaches water within a tower, it creates hypochlorous acid – which kills bacteria. However, pH levels also affect this reaction, and it is not as effective in water with levels higher than 7.5.

Bromine:  Unlike the first two options, bromine’s use in treating cooling tower water does not result in the production of any chloramines. However, bromine must be applied to water frequently to be effective against bacteria.

For those looking at bacteria solutions that aren’t reliant on strong chemicals, some alternative methods exist that are gaining popularity. The use of electromagnetic currents has been proven successful at reducing the buildup of biofilm within cooling towers. Additionally, sphagnum moss is known to naturally absorb impurities in water. Because these impurities, such as mineral deposits, can often lead to scaling and corrosion issues on metal, the use of the plant helps to limit this while also lowering the pH levels in the water.

Taking the proper steps to reduce risk in cooling towers is not a one-time process. They need to be properly maintained over time to ensure they maintain functionality and don’t present any health hazards to those around them. Treating the water using one of the methods mentioned above is one part of regular maintenance. Additionally, tubes need cleaning regularly and any scale deposits that do build up need removing. Ideally, do this at least twice a year. Also, be sure to have the airflow tested to ensure the tower can function efficiently. Improper airflow can occur due to several factors, including a misaligned fan, debris in the chamber, or gearbox issues.

Properly installing and maintaining your cooling tower guarantees it not only performs its duties adequately but also that it does so in a way that is safe and environmentally friendly. If you are unsure about your cooling tower’s performance or safety, the best option is to consult an expert so you can be sure to protect your HVAC system, and yourself.